Before the release of Crash of Cars and several patches, there were several features that were removed from the final release. These changes range from deleted vehicles and unused icons to the removal of maps. Content is usually removed due to a variety of reasons. NotDoppler revealed several unused content on Crash of Cars Facebook page, Below is the list of the beta content.

"Choosing an icon for a game is incredibly important - it's the first impression a player will have of the game and needs to stand out from the pack. We tested possibly close to 100 different icons, here are some of them along the way, including the crazy one in the bottom right!" - NotDoppler

A large amount of game icons were designed, but never used. These show mostly the Muscle, it having a face, it being on a ramp on Narrow, it along with the Earn To Die Truck (this marks the first time it appears outside an EtD series icon), and the Rumbler having Super Boost and Spikes equipped at the same time. 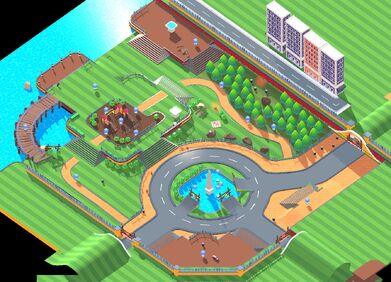 Park is a beta map created during the development of Crash of Cars. It was scrapped because of several death traps on left side, and the overall empty atmosphere, which contributed to negative feedback from playtesters.

Some of Park's scrapped assets were reused in Narrow, Construction and Golf Course. 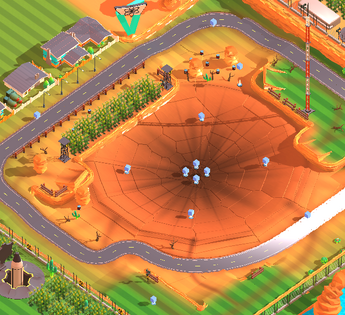 Derby is a beta map created during the development of Crash of Cars. it was later re-textured as Moon.

Not to be confused with the Derby vehicle released in the Blitz Mode Update. 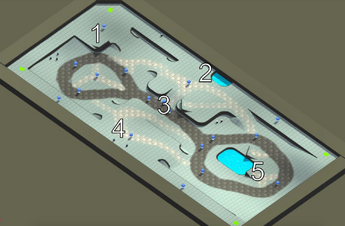 Narrow merely a developmental codename coined due to the map having the most narrow silhouette amongst all maps in the game. For reasons yet to be specified, the name was kept in the final release. One known concept name is "Beach", aptly named around its setting.

When activated, Flashbang jumps into the air, then explodes. All affected vehicles in the vicinity will have a massive, lingering white oval obstructing their screen.

It was scrapped due to several reasons:

Originally, the Spikes' sprite were to resemble Train rams. It was scrapped for unknown reasons.

In a concept image of Desert, it is possible to see a Spread Cannon mounted on top of the Limo's cabin instead of its hood. It can be presumed that some other power-ups such as Cannon and Railgun would have appeared this way too. 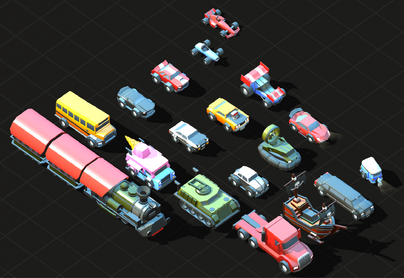 Several cars were either redesigned or removed from the game, for example. 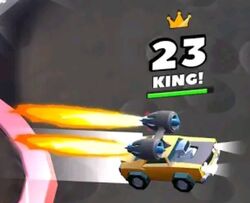 Some features look different in the beta versions than their current versions.