View source
watch 01:36
We're Getting Mutants in the MCU - The Loop
Do you like this video?
Play Sound

Not to be confused with Chuck 2.0.

Collect 100 Crowns in a single game

The Chuck is Common vehicle in Crash of Cars.

The Chuck is a blue sedan with few details. On the front, it has a ladder-shaped grille, two round headlights and a bumper. At the back, there are two small tailights and a small bumper. Its wheel arches bulge out from the body. It also has a fastback.

As an all-rounder starter vehicle, the Chuck has fairly decent stats and good handling. It can be used for either passive or aggressive gameplay. However, it is somewhat slow for aggressive strategies.

The Chuck's fairly small size and good handling allows it to avoid several attacks as well.

Chuck a Uturn-ey (car pictured is the Holden Kingswood) 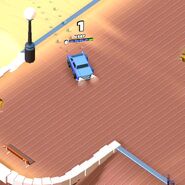 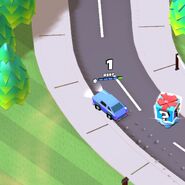