Crash of Cars Wiki
Register
Don't have an account?
Sign In
Advertisement
in: 4-Health Vehicles, Cars, Rare Cars,
and 2 more

Light but deadly, it's an uncanny design that intends on starting its own revolution.

Janitor is a small, cyan vacuum. It has a droplet design for the body with two wheels attached to the side, while a darker stripe runs through the middle. The two wheels share the vehicle's primary color while the tires are black. The undercarriage, wheel arches and the nozzles are grey. The back of the vacuum features a cyan pit. The bent part of the tube is cyan with black connections, while the extendable pipe that links them is white.

The Janitor is an excellent vehicle due to its high agility, even when compared to vehicles like Clever, Tuk Tuk, and Bumper Car, as it's neither too fast to negate the handling advantage, nor too slow against the majority of the vehicles. It's acceleration is also quite reasonable. The combination results in a balanced yet versatile vehicle able to take on a variety of opponents. It is advised to use hit and run strategies due to the low health, using the agility and velocity to one's advantage. 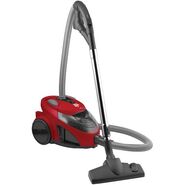 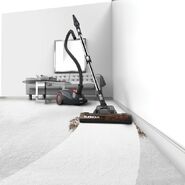 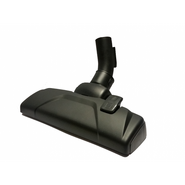