Crash of Cars Wiki
Register
Don't have an account?
Sign In
Advertisement
in: Stub, Upcoming Vehicles, Legendary Cars,
and 3 more

Destroy 1 vehicle with it's built-in teleport

300 Gems
The Time Machine is Legendary vehicle in Crash of Cars.

Jumps won't get it to the next period, but may easily prevent its destruction.

After travelling linearly for 4 seconds, Time Machine warps forwards in a similar fashion to Teleport. Charging is indicated by blue flames bursting out of the rear-laid engine's nozzles as well as blue waves ahead of the vehicle. Once the flames reach a certain intensity, the vehicle drags 2 harmless flame trails on the ground before the ability triggers. The ability has a cool down of 10 seconds. 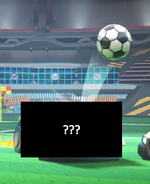 The "Time Machine" featured in Back to The Future